In my previous review series, I wrote a brief review of set theory. This time around we’ll take a look at the binary tree data structure. The tree structure is very common, incredibly useful data structure in the field of computer science and it’s essential that any engineer understand how they work. 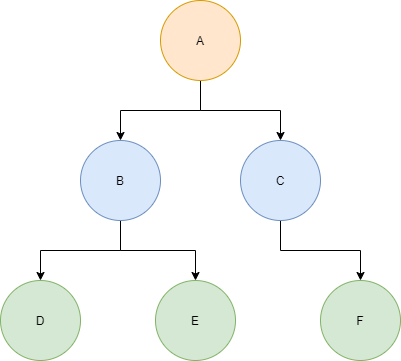 Nodes that do not have any children are called leaves in the tree. In this example, D, E, and F are leaves.

The height of a tree is defined as the longest path from the root node to any leaf node in the tree. The height of our example tree is 2.

The rest of this review will focus primarily on binary trees due to their usefulness throughout computer science.

Trees are extremely easy data structures to implement in a programming language. When you break it down, a tree is just composed of a collection of nodes. Each node contains the following attributes:

That’s it! So, it should hopefully become pretty clear that we could implement a tree node in C as follows:

So, let’s create our example tree from the previous section in C:

While this may not be the most elegant code every, it’s simply to illustrate how the tree structure works.

There are a few important properties of binary trees that are worth knowing. I won’t be going into proofs of any of these properties. We’ll leave that as an exercise for the reader.

The Maximum Number of Nodes at any Given Level

How would one go about computing the maximum number of nodes at any given level, l, in a binary tree? Well, it’s simply:

Let’s say that you had a tree of some height, h. You could determine the maximum number of nodes that would fit in this binary tree with the following:

So, if I had a tree with a height of 4, the maximum number of nodes in that tree would be:

The Minimum Height of a Tree with n Nodes

Say that I know that I have a tree with some number of nodes, n. I can compute the minimum height of that tree with:

We’ve already discussed that binary trees are a specific kind of tree, but it turns out there are a few different forms of binary trees. Let’s take a look at some of these forms:

A binary tree is considered to be a full binary tree simply if every node in the tree has 0 or 2 children. Here’s an example: 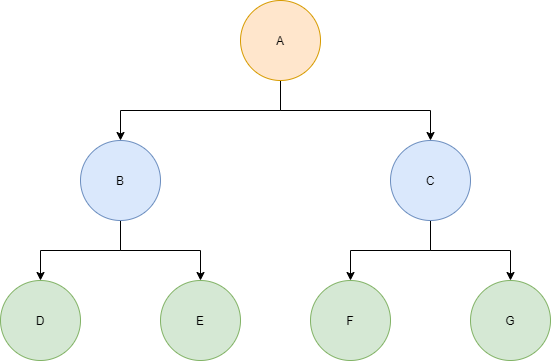 A binary tree is said to be a complete binary tree if all the levels, except potentially the last level, are completely filled and all the nodes are as far left as possible. Here’s an example:

A great practical example of a complete binary tree structure would be a binary heap.

Also, the number of nodes for a perfect binary tree of height h is:

where n is the number of nodes in the tree. A simplified version of this definition is that a balanced binary tree is a binary tree in which the depth of the two sub-trees for every node never differ by more than 1.

So, a simple example of a balanced binary tree would be: 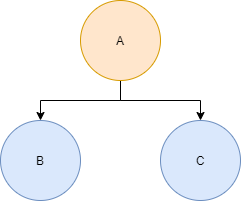 There are a number of specific tree implementations that result in a balanced binary tree. For example, red-black trees are self-balancing binary trees that maintain their O(log n) height by ensuring that the number of black nodes on each root to leaf path is equal and that there are no adjacent red nodes. AVL trees maintain the O(log n) height constraint by ensuring that the difference between heights of the left and right sub-trees is at most 1 (like in our simplified definition above).

The reason one might want to concern themselves with maintaining a balanced binary tree is because they provide O(log n) time for search, insert, and delete operations.

A pathological tree (also known as a degenerate tree) is a tree in which every internal node only has one child. Here’s a simple example: 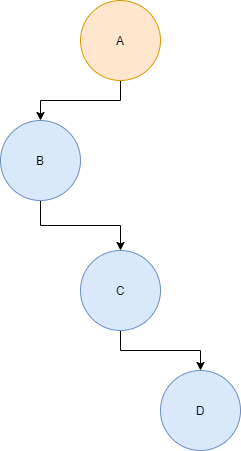 It’s also worth noting that, in terms of performance, this is identical to a linked list, which should make sense if you think about it.

An important topic when discussing trees is how to go about traversing them. Unlike a linear data structure, such as an array, there are a number of logical approaches. We will look at the most common of these here.

There are two primary ways to traverse a tree: depth-first and breadth-first. The depth-first method is further divided into 3 (primary) methods for traversing the tree:

The breadth-first approach, also known as the level-order traversal, would result in the following: A B C D E F.

Let’s look at an example of how we can do these various traversals in code. For fun, I’ll do this example in Java:

Again, this isn’t necessarily the most elegant code. It’s just here to illustrate a point.

You’ll notice that the level order traversal is a bit more complicated and uses a queue data structure. You can also achieve the same result by printing each level of the tree, but I find the queue approach to be more elegant.

Anyway, the general algorithm is as follows:

This is, in my opinion, an easy and more elegant solution than the alternative of iterating over each level of the tree and printing it.

Let’s say that I had a binary tree and I wanted to insert a node into the first available position in level order. I could do this by performing a level order traversal of the tree. If we come across a node who has no left-child, we insert the new node there, otherwise we insert it at the first node that has no right child.

If I were to insert a node, say ‘Z’, into this tree, it would become the following: 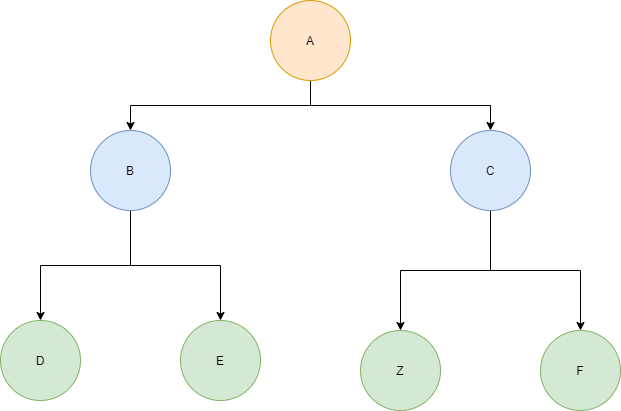 Now that we understand the principle, let’s see how we could add a level order insertion method to the example code from above:

Deletion from a Binary Tree

Let’s say that you have a binary tree in which you want to delete a node in such a way that the tree shrinks from the bottom up (note that this is not the same as deletion in a binary search tree!). In other words, the deleted node will be replaced by the bottom-most and right-most node. 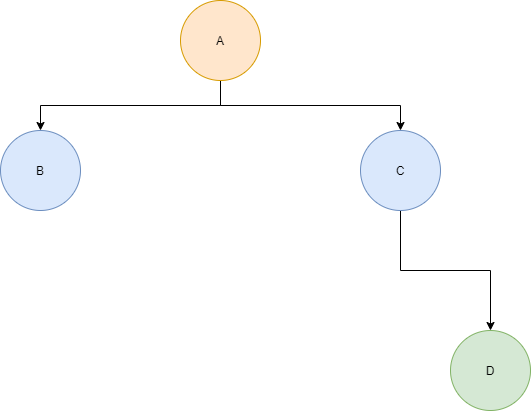 If we were to delete the ‘B’ node using this method, we would get the following result: 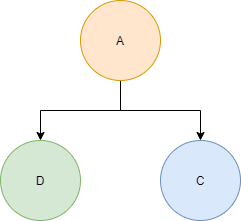 The algorithm for this works as follows:

So, for our above example, The process looks something like this: 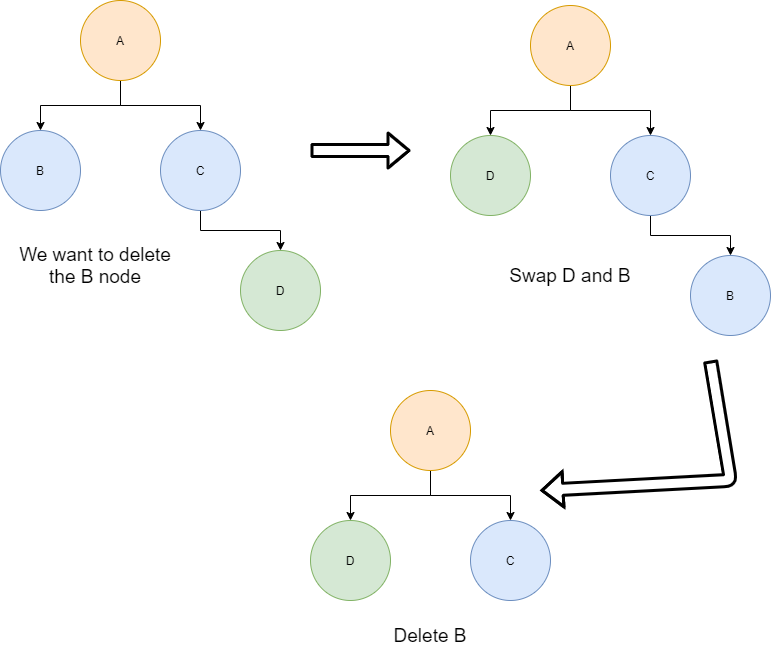 Now that we understand the mechanics of this deletion method, let’s take a look at how we could add it to our Java example code:

That’s All… For Now

That’s all I have to say about trees in this post. Stay tuned for future posts where we will explore Binary Search Trees, AVL Trees, and Red Black Trees!