I have a long history of using Linux and it has always been my preferred operating system. Due to the needs of my photography workflow, however, I’ve been using Windows as my primary OS for the past few years. That’s until recently, however.

While I don’t quite have the photography workflow fully figured out on Linux yet, I’m back to using it as my primary operating system for the first time in probably 5 years. I went with my go-to setup of Ubuntu with the Gnome desktop (I could write a whole additional post as to why this is my go-to, but I digress).

One of the things I’ve found that I’ve needed to do a bit of while setting everything up is adding my own custom launchers to the Gnome applications overview. Like most everything else on Linux, this can be easily done by creating a file.

To create a new launcher, we just need to create a .desktop file in the following path:

Here is a template you can use for creating the new launcher:

As you can see, there are three primary variables you’ll want to edit for your launcher: the name, path to the executable, and the path to the icon. You’ll notice that there’s also a spot at the end to specify the categories of the application, but I don’t believe these are used anywhere in the Gnome shell unless you’re using a menu extension.

Just to drive this point home, let’s consider an example. One of the applications I’ve had to do this process for is Ghidra.

Ghidra has no distribution package to install but is instead distributed as a zipfile archive. As such, there is no entry automatically added to the Gnome shell launcher for it. In my case, I’m storing Ghidra in the following path:

The custom launcher I created for the application looks like this:

Mere seconds after I saved this file I could see Ghidra listed in the Gnome applications menu! 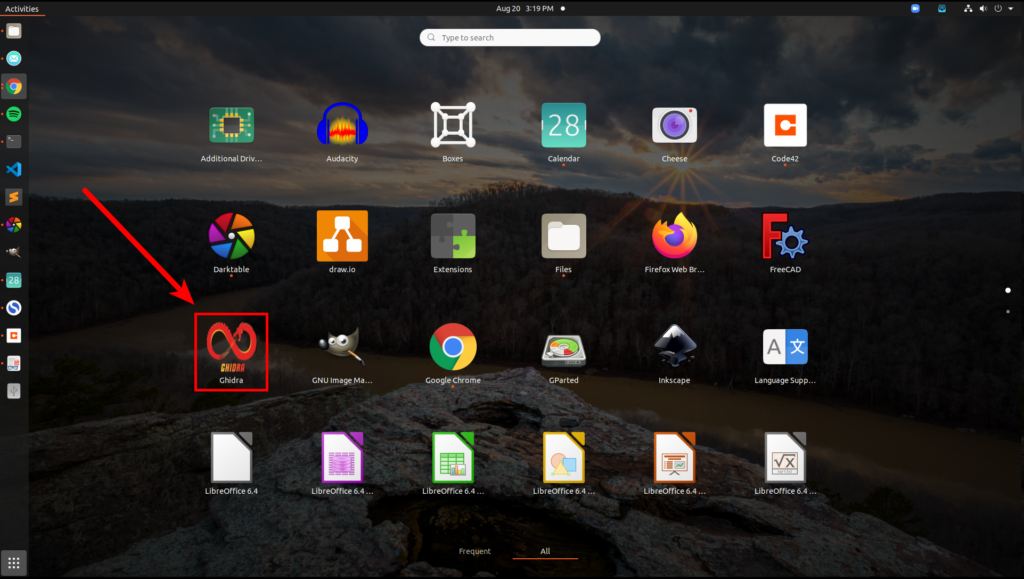 Hopefully, you found this post at least somewhat useful. I’m sure I’ll have a bunch of other quick tip type posts as I continue to tweak my installation.